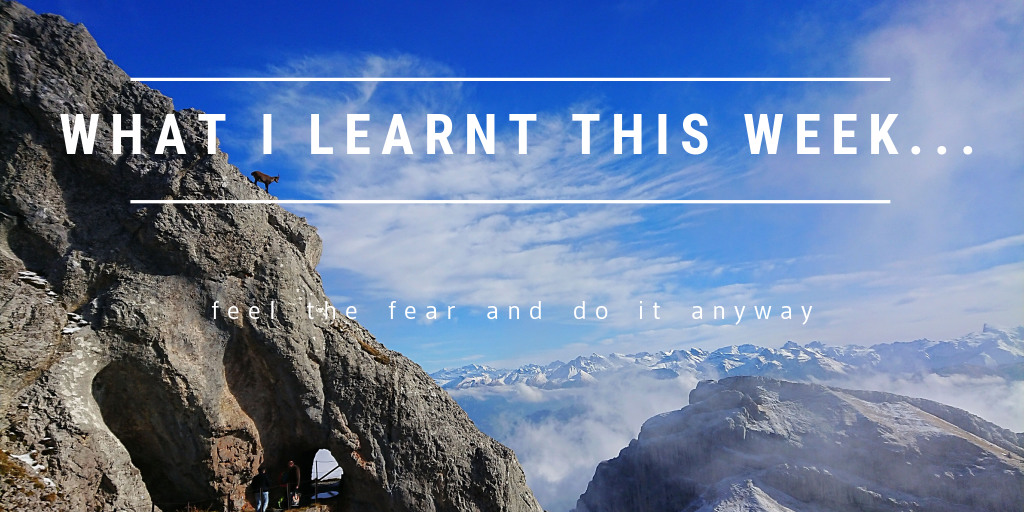 I did lots of speaking last week and I’m really grateful that I now have a few days off to be silent and listen to the sound of the waves in Portugal.

Are you afraid of public speaking?

So the past week has been really crazy. In the first two days, I spoke at 3 different events to 3 different audiences delivering 3 different presentations. But they all had something in common. (I’ll get to this in a bit, but let’s stay on the topic of public speaking for now)

Why do so many people fear public speaking?

When I was at school, I was terrified of public speaking. I hated being called out to stand up in front of the class to read, answer questions or present. I was afraid what my peers might think about me, I was worried that I’ll forget a line or make a mistake and others will laugh at me. Even at university, I wasn’t particularly confident delivering presentations, as it never felt genuine, I didn’t understand the topic I was talking about 100% or I was simply nervous.

Later on, I joined a student organisation where I led editorial meetings for a handful of students and I realised that I like leading discussions, standing in front of people and talking about stuff I know really well and feel passionate about. This was a great opportunity to practice speaking and delivering short talks in a safe environment.

When I started my own business, one of the things I had to embrace was networking. In a way networking and presenting have lots in common. Entering a room full of strangers and needing to introduce myself all over again to new people felt really stressful at first, but I’ve learnt to embrace this challenge and went fully in.

Some of these events invite attendees to quickly introduce themselves to the room – which is similar to delivering a short talk. With enough practice (and once I got to know some of the people), I started enjoying being able to share a little bit about myself and a little bit of my knowledge with others.

Over time, I’ve got pretty used to speaking in front of a smaller audience (20-50 people). I’ve also spoken in front of a 100+ crowd and I couldn’t see much difference, other than being more nervous because of the presence of local news and some truly inspiring people that I really admire and whose opinions I respect.

Thinking about all these talks, I’ve realised that I’m fairly comfortable and confident delivering presentations or giving talks if these conditions apply:

Not always are all these conditions will be applicable, but it’s good to know what makes me comfortable.

Then I started with video and I realised that I’d rather speak in front of a room full of people than in front of a camera. Especially when I started recording videos at home. I was really nervous and couldn’t get a complete sentence out of my mouth. How is it possible? It should be easier to talk to myself about the same things I’m talking to groups of people about, shouldn’t it?

The reality is that being in front of real people always increases my adrenaline and the ‘peer’ pressure makes me perform better. In front of people I simply have to do it, there’s no try, there’s no giving it another go, I just have to do my best.

On the other hand, in my office or at home, I have way too much time and too much space to overthink everything. I could be recording the same video 10 times and always deleting it because of a small mistake. Then I took the plunge to do live video and realised, that it’s much easier than pre-recording everything. Live video is raw, it’s in the moment and could be messy – people don’t expect it to be perfect!

When you pre-record your videos, you put more pressure on yourself as people expect (or at least I always thought so) better production value, perfect editing, great sound and lighting, no mispronounced words etc.

Are you asking the right questions?

I know that at the beginning of this post I promised to tell what all 3 presentations I did last week had in common – it was the main message I was trying to get across.

I’m getting many questions about social media, but most of them are missing the point. So recently I’ve decided that instead of answering these questions with the same vague response, I’ll tell people what questions they should be asking me instead!

People usually ask me tactical questions like – how often should I post on social media, which platforms should I be using for my business or how to get more likes – and my answer usually is – it depends. It depends on many factors and mostly it depends on answers to some more important strategic questions like – what are you trying to achieve with your social media, why do you want to reach 10x followers, how does social media fit into your marketing mix and so on.

Freelancers, small business owners and entrepreneurs especially need to master the art of asking the right questions to get relevant answers!

So what was the main message of all my talks (aside from talking about asking the right questions about social media)?

Social media should be more about SOCIAL and less about MEDIA. I think that the term Social Media Marketing could be a bit misleading – making businesses and marketers believe that social media is just another channel to broadcast their message. It’s not! Social media doesn’t work like that.

I won’t be going in-depth on this subject here (as I could talk for hours about it), but if you want to know more about my view on ‘More Social, Less Media’ and the true purpose of social media (in my opinion), check out this blog post.

So this week I don’t have a book recommendation for you, but I’d love to share this podcast episode of The School of Greatness with you. It’s called Cultivate A Monk Mindset and Lewis Howes talks with Jay Shetty about his journey from a troublemaker to a monk to a Facebook superstar with a long line of viral videos.

It’s a really powerful interview filled with some incredible revelations and I highly recommend putting some time aside to watch/listen to this conversation and give it your full attention.

Let me know what you thought about this episode after you’ve watched it!

free yourself from marketing confusion and use organic marketing combined with human psychology to build your business.